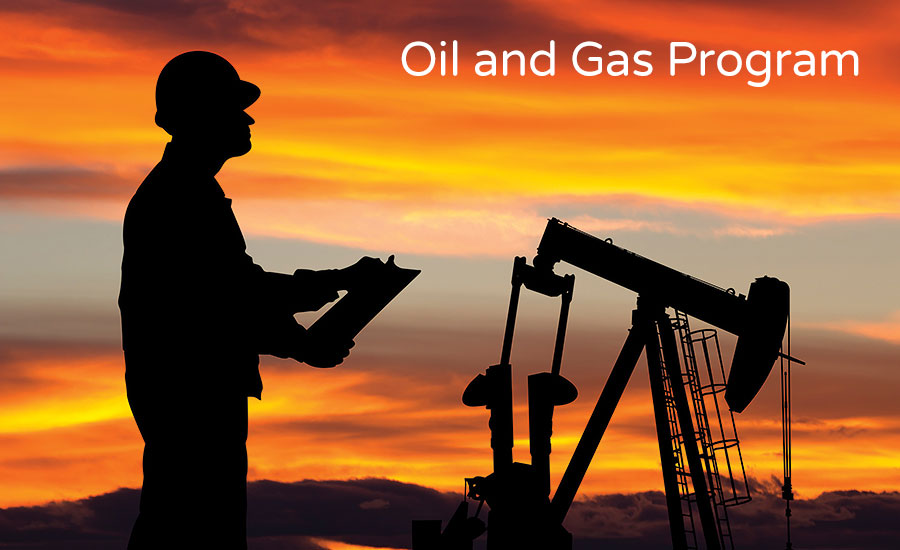 Petroleum (oil and gas) has been produced in Ventura County for over a century. Oil and gas production commenced in Ventura County in the late 1860s, following the discovery of the Ojai oil field. Subsequently, numerous other oil fields were discovered and the County of Ventura became one of the major producing areas in the State of California. Over 12,000 wells have been drilled in the Ventura Basin (including Ventura County and a portion of Los Angeles County). There are currently about 3,800 active wells in Ventura County.

This website page is intended to provide an overview of the existing oil and gas facilities in the unincorporated area of Ventura County, and the local regulations that apply to the permitting of proposed oil and gas projects.

A Conditional Use Permit (CUP) is required to operate an oil and gas exploration and production facility in the unincorporated areas of Ventura County. Please refer to the Oil and Gas Facilities CUP application for the information submittal requirements. If you have questions regarding Oil and Gas Permitting or Oil and Gas Program Compliance, please contact Mindy Fogg at (805) 654-5192 or via email at This email address is being protected from spambots. You need JavaScript enabled to view it.

There are two major consolidated oil and gas processing facilities located onshore in the coastal zone that receive oil and gas from offshore oil leases.

Land that is under federal ownership is regulated by the United States Department of the Interior, Bureau of Land Management (BLM). The BLM manages the Federal government’s onshore mineral estate – about 700 million acres held by the BLM, U.S. Forest Service and other Federal agencies and other surface owners -- for the benefit of the American public. It also manages some aspects of the oil and gas development for Indian tribes. BLM California manages nearly 600 producing oil and gas leases. Production from Federal leases averages about 8%-10% of California’s total oil and natural gas production.

State tide and submerged lands include the area from mean high tide seaward to the three-mile boundary with the Federal Outer Continental Shelf (OCS). Development of oil and gas resources on existing leases in this area is subject to regulation by the California State Lands Commission (SLC). The SLC is responsible for minerals leasing activities, issuance of rights-of-way, and satisfaction of CEQA requirements for projects involving new facilities on State Tide and Submerged lands. Development of onshore facilities that support offshore projects is subject to local agency (County) land use regulation.

The issuance of new oil and gas leases on State Tide and Submerged lands is currently restricted by the 1994 California Coastal Sanctuary Act, which prohibits new leasing for oil and gas extraction in State waters except: (1) in the event of a severe national energy supply interruption; or (2) when the State determines that state-owned oil or gas deposits are being drained by producing wells located upon adjacent Federal lands and the lease is in the best interests of the State. Oil and gas leases in effect as of January 1, 1995 are unaffected by this Act until such leases revert back to the State, at which time they become part of the California Coastal Sanctuary.

The California Coastal Commission (CCC) is another agency involved in the review of development on State Tide and Submerged lands. This review is accomplished in accordance with the requirements of the California Coastal Act, which establishes stringent standards for environmental protection.

While State and Federal governments have direct management control over their respective offshore jurisdictions, local governments have land use authority over the permitting of onshore facilities such as oil and gas processing plants, pipelines, supply bases, and marine terminals. Local resource management or planning agencies typically act as the CEQA lead agency for projects involving onshore facilities, even when these projects also involve components on State Tide and Submerged lands. In Ventura County, this function is carried out by the Planning Division of the Resource Management Agency.